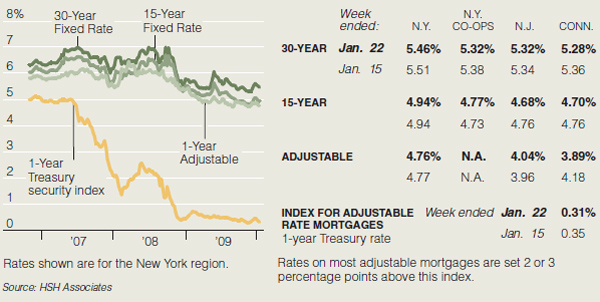 SINCE lenders started tightening underwriting standards in 2008, many people have flocked to mortgages insured by the Federal Housing Administration, which serves borrowers who have poor credit and little money for down payments.

Now, with F.H.A. mortgage defaults increasing, the government has tightened lending standards for those with the worst credit and increased fees across the board, while at the same time temporarily removing a hurdle that kept away buyers of foreclosed properties.

Mortgage executives say the changes, announced this month, amount to good news for borrowers, because many in the industry expected even tighter restrictions.

“Everyone thought the new guidelines would be a lot stricter, and include higher down payments for everyone,” said Pattie Romanzi, the chief executive of the Par East Mortgage Company in East Hampton, N.Y. “This isn’t too bad.”

The F.H.A. does not make loans; rather, it insures mortgages from lenders who would not otherwise offer loans to those who can make down payments of only 3.5 percent and who have credit scores of 620 or less.

Borrowers pay an F.H.A. insurance premium two ways: with an upfront fee that can be included in the total loan amount and amortized over the life of the mortgage, or in a monthly fee.

Starting this spring, the administration said, the upfront fee jumps to 2.25 percent of the loan amount from 1.75 percent, adding about $1,000 to a $200,000 loan. Monthly premium charges will essentially be unchanged.

Previously, the F.H.A. insured loans made to those with credit scores of less than 580, with no penalties. Starting early this summer, the F.H.A. said, anyone with a credit score below 580 must make a down payment of at least 10 percent. (Credit scores are typically measured on a scale of 300 to 850; most non-F.H.A. lenders require larger down payments and offer higher rates if borrowers have credit scores below 700.)

But because lenders have not been offering loans to those with scores of 580 or below, another F.H.A. change will most likely have a bigger impact. The seller could previously finance up to 6 percent of the home’s closing costs when the borrower used an F.H.A. mortgage. That will drop to 3 percent this summer.

Mortgage industry executives said that change could significantly affect borrowers who make upfront payments, known as “points,” to qualify for a loan at a competitive interest rate. (One point is equal to 1 percent of the loan amount.)

Ms. Romanzi says closing costs in Long Island alone average about 3 percent of the loan amount, and can run even higher in New York City, where borrowers pay additional city mortgage taxes. In such areas, with traditionally high closing costs and selling prices pushing the F.H.A.’s $729,750 lending limit, borrowers will struggle if they need to come up with another 1 percent of the closing costs on their own, she said.

Amid these changes, the F.H.A. is offering borrowers a break. In the past, buyers could not consider an F.H.A. loan for any property that had changed hands within the previous 90 days. This “no-flipping” rule blocked borrowers from the vast, and often low-priced, inventory of foreclosed homes.

The F.H.A. waived the no-flipping rule until Feb. 1, 2011, with some exceptions. Properties cannot change hands between family members, for instance, and if the price is at least 20 percent higher than what the seller originally paid for the property, lenders can impose other conditions, like a second appraisal.

“F.H.A. financing is the most flexible program out there today,” she said. “So this should stabilize current market conditions.”

A version of this article appeared in print on January 31, 2010, on page RE7 of the New York edition.

You need to log in to use member only features.